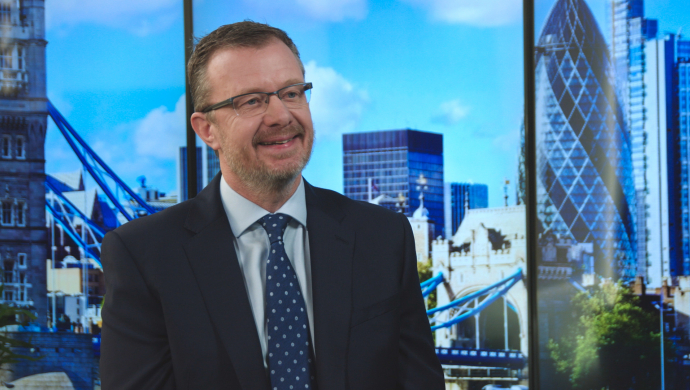 WATCH LATER
When it comes to emerging market debt, why should fixed income investors should consider a dedicated allocation? Steve Cook, PineBridge Investments discusses growth drivers and whether higher yields is a compensation for higher volatility in the EMD universe.

PineBridge Investments is a private, global asset manager focused on active, high-conviction investing. The firm draws on the collective power of our experts in each discipline, market, and region of the world through an open culture of collaboration designed to identify the best ideas. Our mission is to exceed clients’ expectations on every level, every day.

Steve: We believe a separate allocation to emerging markets is very relevant because it's such a large market, it’s $6 trillion in size. So, if you have no allocation to emerging markets, you're underweight in the material sort of part of the fixed income asset class. For example, EM corporates is $2.4 trillion in total market capitalisation and that's 15% of the global credit market. So, if you have no allocation to emerging market corporates, then you are underweight, a material sort of component of the broader fixed income asset class. And also, a lot of people have actually steered away from emerging markets because they believe this is highly volatile, highly risky market. But that in our view, is definitely not the case.
We're very constructive the outlook for EM debt over the next several years, I mean the EM continues to grow, the fundamentals are continuing to be strong and we believe that sort of the emerging market versus developed market growth differential, we're wired into around about 3% this year and continue to be there. So, the outlook for growth in terms of emerging markets versus developed market is still strong. We believe that there's increasing conviction, increasing comfort in the emerging market story. This perception that it's a, boom/bust, highly volatile market we believe is dissipating and a lot of global investors are now looking increasingly to allocate to the asset class based on the underlying strengths and throughout the recent past, the lower volatility within the asset classes also continuing to gain some traction from global investors.
In terms of the growth drivers for emerging markets, we believe they will continue to be strong. We believe the underlying fundamentals both of the emerging market corporate entities and also the sovereign entities will continue to be robust. An example there is, historically emerging market countries had high current account deficits, they have now sort of, materially reduced, and now so therefore, the likelihood of those sovereigns having to come to the international capital markets now is much less, the underlying fundamentals are key, the growth within emerging markets continues to be strong and these countries have been growing for in excess of 15 years now. So, this perception of the highly weak, sort of like underlying fundamental structure of these countries is now much less than it was historically back in the 1990’s.
Structurally, lower inflation within emerging markets is also key, normal interest rates are now amongst the lowest they've been and this is very supportive for growth within emerging markets, because lower interest rates means that the ability of the companies and the sovereign itself to issue at lower funding rates is actually supported for the overall macro-economic situation in these particular countries.
In terms of the volatility within emerging markets, we believe it’s very much lower than the general perception, using emerging market investment grade corporates as an example, it's actually the lowest volatility within the whole of the global fixed income market, so this perception that it’s highly, highly volatile, we believe is wide of the mark. In terms of yields, yes, yields have come down, but there's still a yield and spread differential pick up between emerging markets and developed markets, so you're still being compensated materially for being in emerging markets, but yet the volatility is much lower than many perceive.
At PineBridge, we believe we have a competitive edge. We've been investing in emerging market debt for over 20 years now, through that period, we've developed a very robust investment process and also a very large team. We have 33 dedicated individuals focused on the asset class 100% of their time. Another important factor is that 50% of the investable universe is Asia fixed income, and that's the fastest growing component of the market and consequently, we have 50% of our resources based in Asia, and we think that's really why we have a major differentiator at PineBridge.