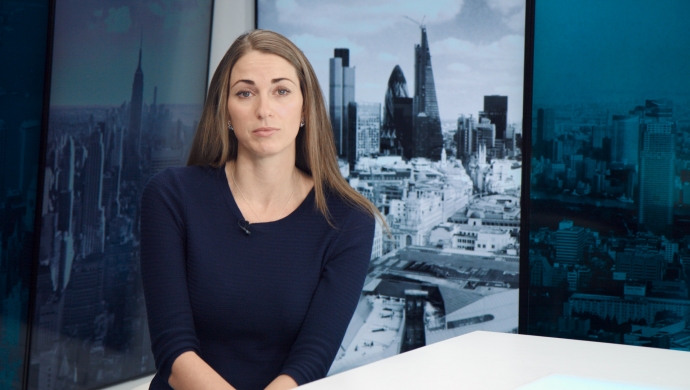 Assets under management in the European ETF industry decreased between September and October, possibly due to global market issues such as US tariffs and Brexit. Thematic ETF assets have risen almost sevenfold in 3 years, with a majority of growth driven by only a handful of products. Also, Legal and General Investment Management launches 6 core equity ETFs into the European market.

Morningstar - Is My Thematic ETF a Fad?

It may contain errors and omissions.

This is the news of me, Jenny Alice in this bulletin. Thematic S burgeon in Europe on legal in General Investment Management launches six court equity products into the European market, but first asset Sons of Management in the European TTF industry decreased during October two six hundred fifty seven point one billion euros, down from six hundred seventy nine point six billion at the end of September, according to the European Market Review from Lipper. A definitive for October twenty eighteen. This may be due to uncertainty in global markets. US Tariffs Regime. Its leaves budget woes on a possible no deal brexit are all possible culprits. Money market EFS were the asset type with the highest net inflows followed buy bonds and commodity products. In other news, an thematic TF assets have risen almost seven fold in three years, but the majority of growth has been driven by just a handful of products. According to Morningstar Research. There are currently thirty one thematic GTS listed in Europe, with six point eight billion euros in assets under management. However, the five largest account for seventy three percent of total assets under management on the top two funds. IShares Automation and robotics and Allergy Robo Global Robotics and Automation e t f account for almost half the European Theatre Matic market remained small compared to the U. S which has embraced thematic E. T s to the point of offering exposure to obesity. Organics on Marijuana Re Tfc Morning Star research analyst Kenneth Lamont anticipates the more thematic E t s will come to Europe in the coming years, particularly in the tax space tracking themes such as cloud computing, artificial intelligence and e commerce. Well, finally, legal in general, investment management has launched six core equity E T s into the European market. The range of funds will look to ensure investors are not forced to turn over their portfolio at the same time as the vast majority of court equity TFC In the market where short term price volatility frequently occurs, the fun believes the risk from this volatility is increasing with the risks of index investing, which it say's highlights the need for change. How really head of E. T s for legal in general investment management told us Set TV that expanding the range of this time with core enables them to capture a large share of the growth potential in the market, especially targeting Europe, which is a long held ambition, he said. Traditional court equity E T. F s have not been as responsive to rapidly changing markets or taken the leadership role that many would have expected off them. Index managers need to be more active in mitigating the risks of crowded indices on engaging with companies for the long term benefit of the market and investors well. For more news and analysis, please visit asset dot TV or followers on Twitter on TV. No.